653 years after the Fall of Rishamer:
Upon the ancient ruins of old glorious kingdoms have emerged, with shining castles, bustling towns and lush plow lands.
However, with the people following their day work and ignoring their ancestor’s legacy, the spark of the old magocracy flares in the dark, giving life to forces caring for neither gods nor men…

Araclia will be released in German in 2013 and, if successful, be translated into English. However, the Araclia Roleplaying Game Music is already available! 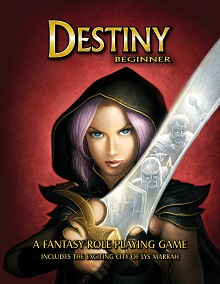